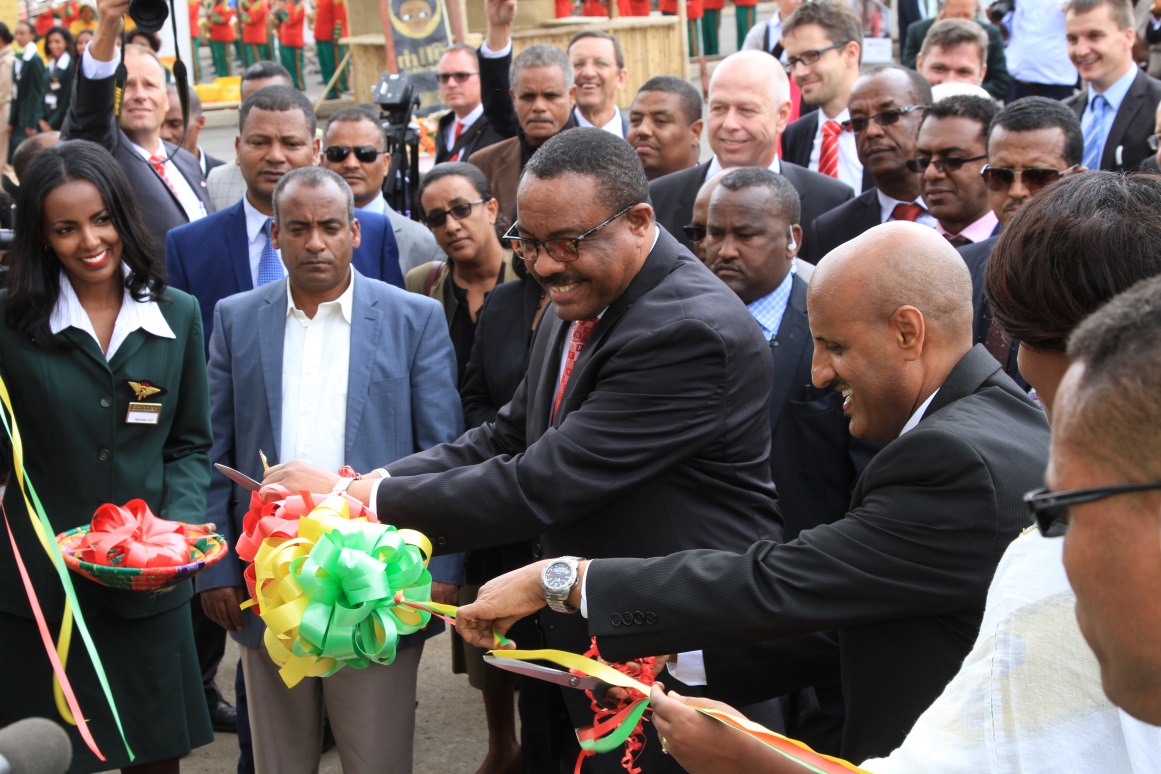 H.E. Mr. Hailemariam Desalegn remarked: “Today, the national flag carrier has become the largest aviation Group and the fastest growing airline in Africa unrivalled in efficiency with shining operational excellence. Above all, Ethiopian Airlines has played an important and irreplaceable role in the development of the economy, export and import activities and foreign exchange earnings.”

Mr Tewolde also acknowledged partners who has contributed for the successful completion of the project and further remarked: “The new Cargo Terminal-II combined with our existing Terminal-I will give us a total tonnage capacity of around 1 million per annum which is the largest in the continent of Africa. This milestone will make Ethiopian Cargo & Logistics Services one of the world’s largest cargo terminals; comparable with cargo terminals in Amsterdam Schiphol, Singapore Changi, or Hong Kong.”

More details and pictures could be downloaded from below links: