Ethiopian Airlines, the largest cargo operator in Africa, has been awarded the African Cargo Airline of the Year Award during the 2017 Air Cargo Africa Conference held in Johannesburg from 21st to 23rd February 2017. 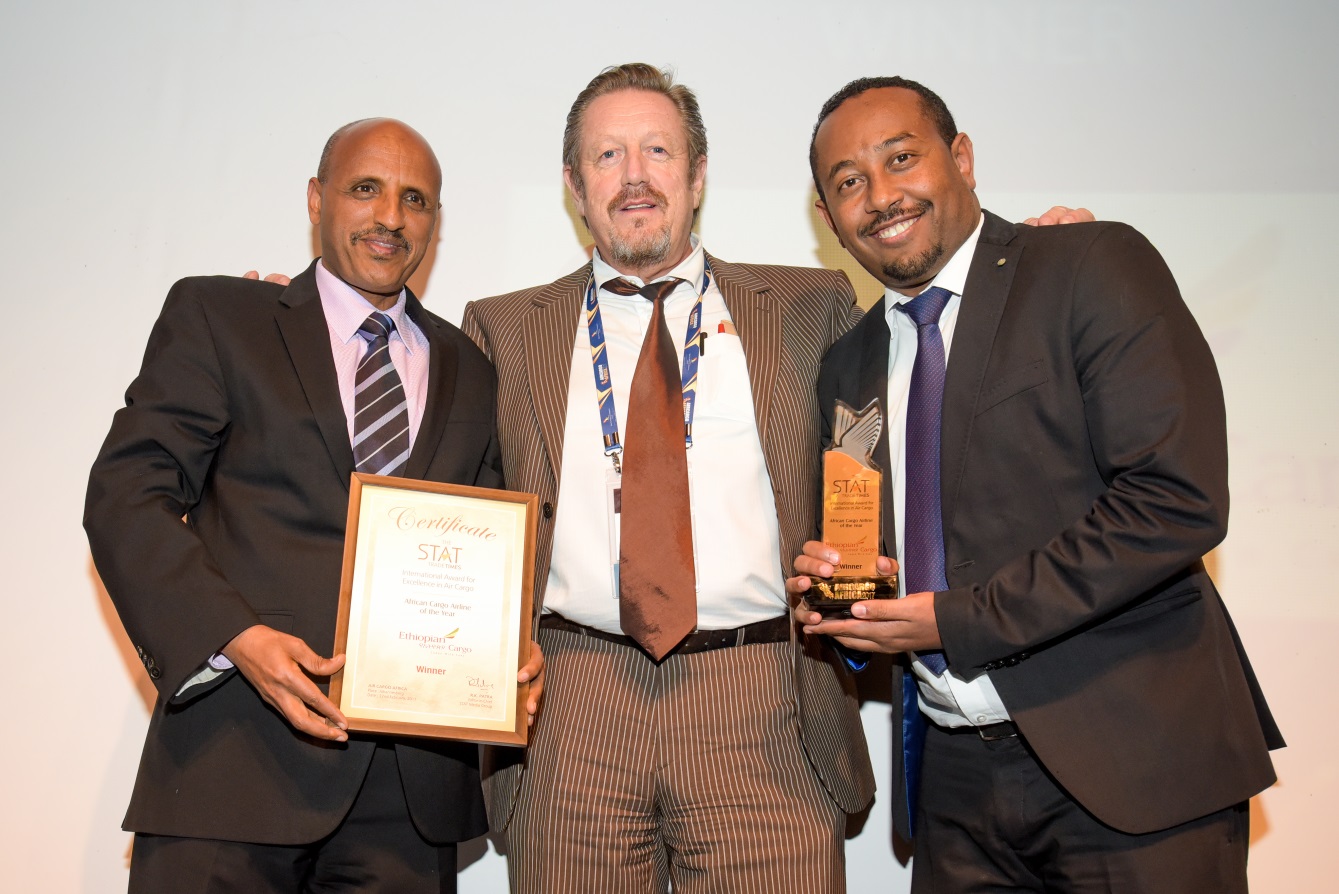 Air Cargo Africa 2017 has been organized by STAT Media Group in celebration of excellence in the industry while supporting Africa’s steady growth. Winners have been selected through two rounds of online polling by worldwide readers of the magazine.
While receiving the award, Group CEO Ethiopian Airlines, Mr. Tewolde GebreMariam, remarked: “Readers of STAT Trade Times across the globe have spoken and voted Ethiopian as ‘African Cargo Airline of the Year’. I would like to thank them all for their strong vote of confidence, which reiterates Ethiopian efficient global cargo service. The credit for this prestigious recognition goes to our strong workforce, especially, I would like to congratulate our cargo team for the job well done.

Ethiopian Cargo has been growing at a very fast pace and will continue to do so. In order to support the fast growth that we are planning and to make Addis Ababa as one of the best Cargo hubs between Africa, Europe, The Americas, Middle East and Asia, we have built a new Cargo Terminal which can accommodate 600,000 tons per annum at a total cost of USD 115 million. The new Terminal 2 combined with the existing Terminal 1 will give a total tonnage capacity of 1 million per annum. Moreover, this year alone, Ahmedabad, São Paulo, and Orlando will join our global cargo network.” 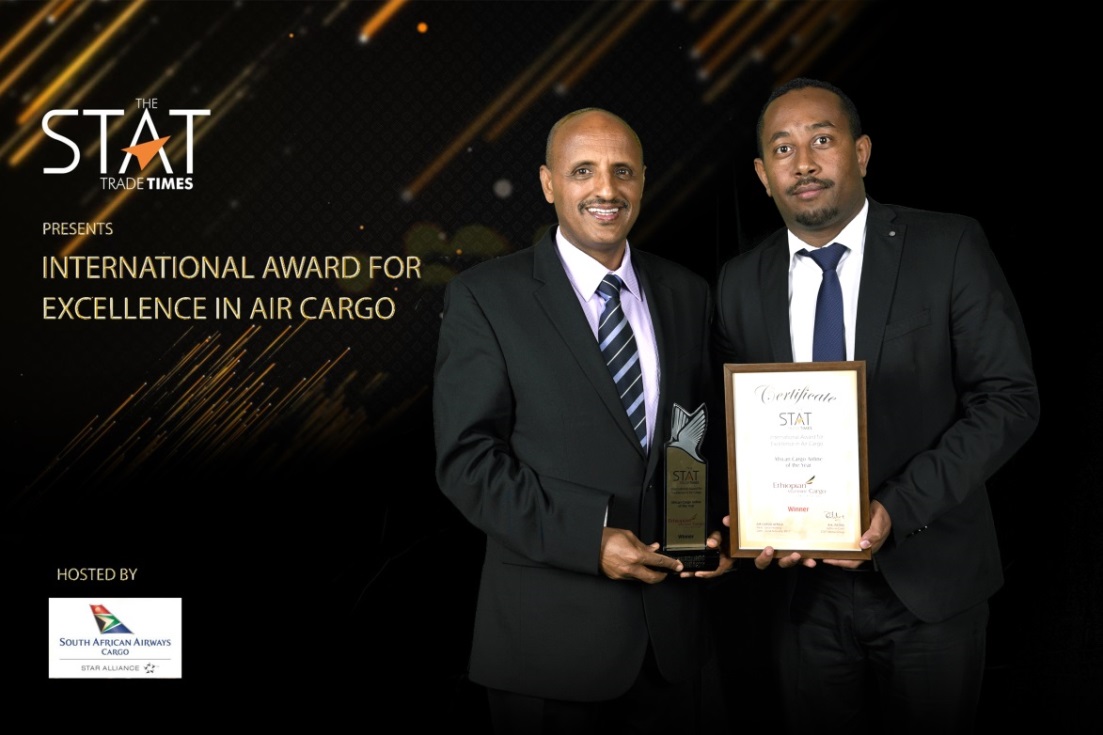 Ethiopian Cargo serves 36 freighter destinations operating the longest range twin-engine freighter aircrafts in the world, 6 B777-200 LR freighters as well as 2 B757F with a capacity of 103 and 35 tons each respectively.
Ethiopian is a multi-award winning airline. Ethiopian was recently named Airline of the Year, for the fifth consecutive year, by African Airlines Association (AFRAA), SkyTrax World Airline Award for Best Airline Staff in Africa, Best African Cargo Airline of the Year Award, and Passenger Choice Award for Best Airline in Africa.
About Ethiopian