Africa’s largest airline group, Ethiopian Airlines, is delighted to announce that it has won the African Aviation ‘African Airline of the Year’ Award for 2017, for the second year in a row, during the 26th Annual Air Finance Africa Conference & Exhibition held in Johannesburg, South Africa.

The award was presented to Ethiopian in recognition of its continued rapid growth, increased profitability and its outstanding contribution to aviation development in Africa. 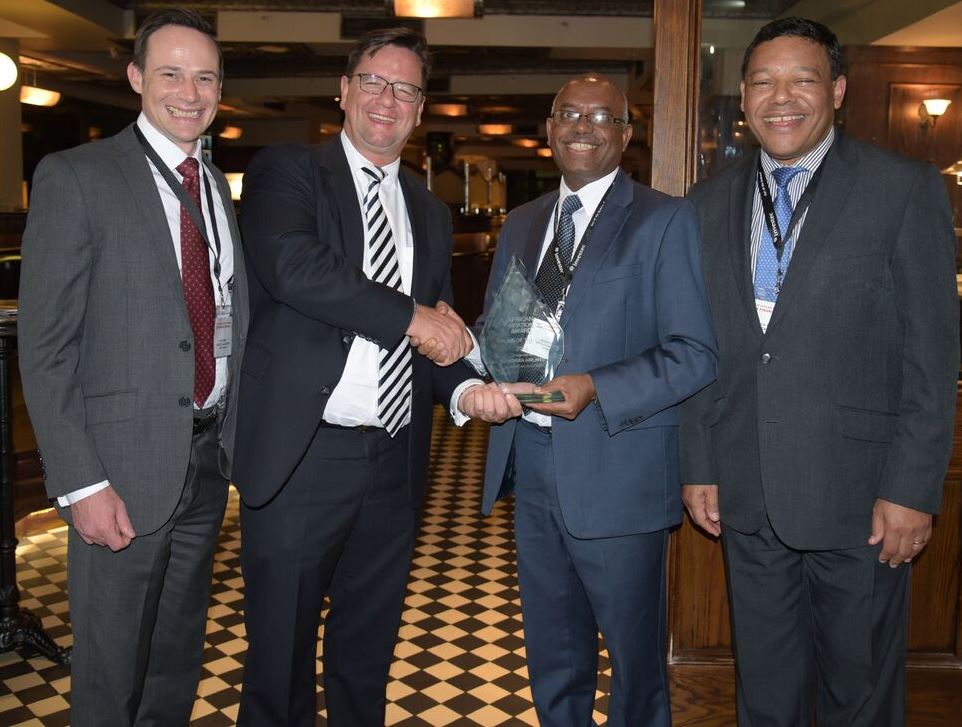 While receiving the Award Mr Meseret Bitew, Acting Chief Financial Officer, Ethiopian Airlines, said: ‘’We are pleased to win the “African Airline of the Year Award for the second time in a row; a testimony of our commitment to serve our beloved continent Africa.  The commendable success of Ethiopian Airlines attributes to the visionary leadership of Ethiopian management and the hard work of thousands of Ethiopian employees who work hard around the clock with unity of purpose. Mobility and air connectivity being the economic engine of growth and development, we shall continue to play vital roles in connecting African countries with their major trading partners around the world and realize an economically liberal Africa “

Announcing the Award, African Aviation CEO, Mr Nick Fadugba, said:  “In the past 12 months, Ethiopian Airlines has further expanded its route network, modernized its fleet, inaugurated three new aircraft maintenance hangars, as well as a new world-class in-flight catering facility and has strengthened its airline joint ventures in Africa.  In addition, Ethiopian Airlines has achieved a record financial turnover and profitability in spite of various industry challenges.  Currently, the airline is well on track to exceed the goals of its Vision 2025 Strategy.”

Ethiopian commands the lion’s share of the pan-African passenger and cargo network operating the youngest and most modern fleet to more than 95 international destinations across five continents. Ethiopian fleet includes ultra-modern and environmentally friendly aircraft such as Airbus A350, Boeing 787, Boeing 777-300ER, Boeing 777-200LR, Boeing 777-200 Freighter, Bombardier Q-400 double cabin with an average fleet age of five years. In fact, Ethiopian is the first airline in Africa to own and operate these aircraft.