Ethiopian Wins AFRAA Airline of the Year Award for the 6th Year in a Row Addis Ababa, November 14, 2017

Ethiopian Airlines, the largest Aviation Group and SKYTRAX certified Four Star Global Airline, is pleased to announce that it has won Airline of the Year Award, for the sixth consecutive year in a row, by the African Airlines Association (AFRAA) during its 49th Annual General Assembly held on November 13, 2017, in Kigali.

The AFRAA annual awards recognize excellence in service delivery, innovation and competitiveness in airlines, individuals and service providers in the African aviation industry. 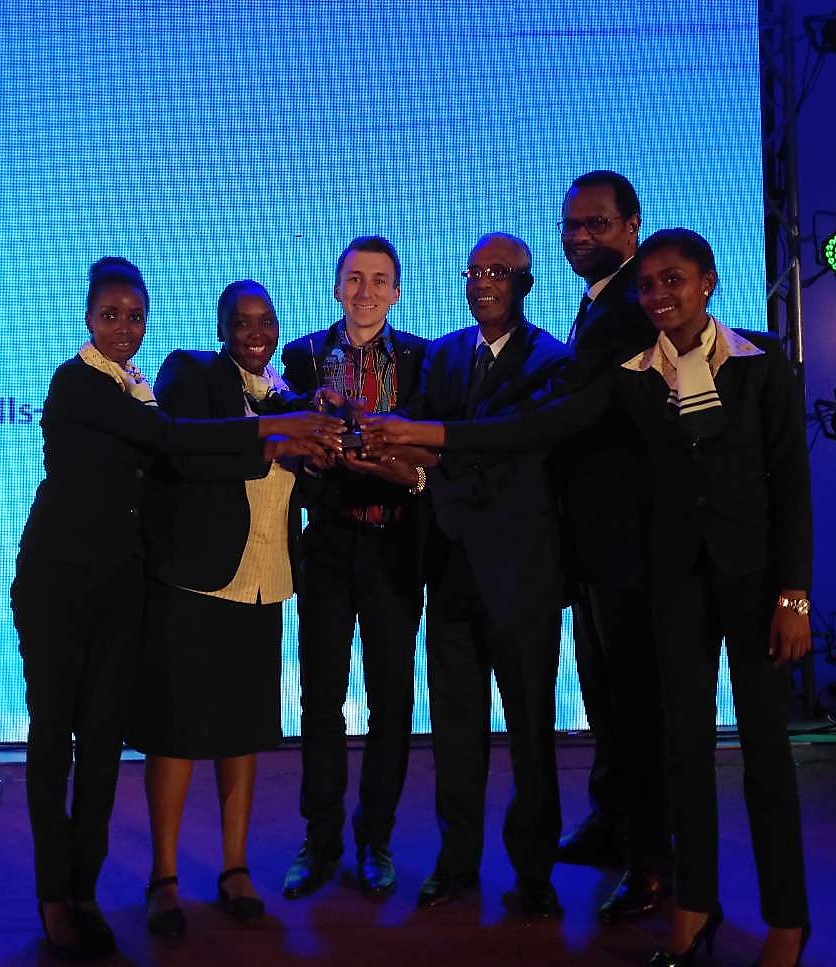 Ethiopian Airlines has been chosen for its remarkable performance revealed through its exceptional profitability for the financial year ended June 2016, exemplary cooperation with other African carriers, cargo development in the continent, and significant expansion of its route network helping to connect Africa together and with the rest of the world.

Group CEO Ethiopian Airlines, Mr. Tewolde GebreMariam said, “As a truly indigenous and home-grown Pan-African airline owned, managed and operated by Africans, we are highly honored to receive this recognition by fellow sisterly airlines in the continent for the 6th consecutive year. I would like to thank AFRAA and sisterly airlines in the continent for recognizing our efforts in nurturing cooperation with other sisterly African Airlines and in availing efficient passenger and cargo networks within, to and from the continent, while registering sound financial performance and record profit in 2016.

Africa is at the heart of our 15 year fast, profitable and sustainable growth strategic roadmap, Vision 2025. Already seven years into this strategy, we have surpassed all our goals in passenger number, cargo uplift, fleet size, revenue, profitability and customer service with our recent 4 Star airline recognition by SKYTRAX, the premier customer service rating organization in our industry. We currently serve 55 African cities, the largest network in the continent, connecting them with each other and to more than 100 international destinations in Europe, the Middle East, Asia and the Americas using state of the art aircraft offering superior on-board aircraft such as the B787s and A350s.

Air transport is an essential and critical public service and a key enabler for socio economic development and integration in our continent. African governments should create more conducive environment for the airline industry in the continent so that African carriers are enabled to play their rightful role in ensuring the flow of investments, trade and tourism to the continent.”

Ethiopian commands the lion’s share of the pan-African passenger and cargo network operating the youngest and most modern fleet to more than 100 international passenger and cargo destinations across five continents. Ethiopian fleet includes ultra-modern and environmentally friendly aircraft such as Airbus A350, Boeing 787, Boeing 777-300ER, Boeing 777-200LR, Boeing 777-200 Freighter, Bombardier Q-400 double cabin with an average fleet age of five years. In fact, Ethiopian is the first airline in Africa to own and operate these aircraft.