Ethiopian Airlines Group, the largest airline group in Africa, is pleased to announce that it has been recognized as Middle East and Africa Airline of the Year 2017 by Airline Economics, the largest aviation finance and leasing print publication in the world, at a Gala Dinner held in Dubai on October 3, 2017. 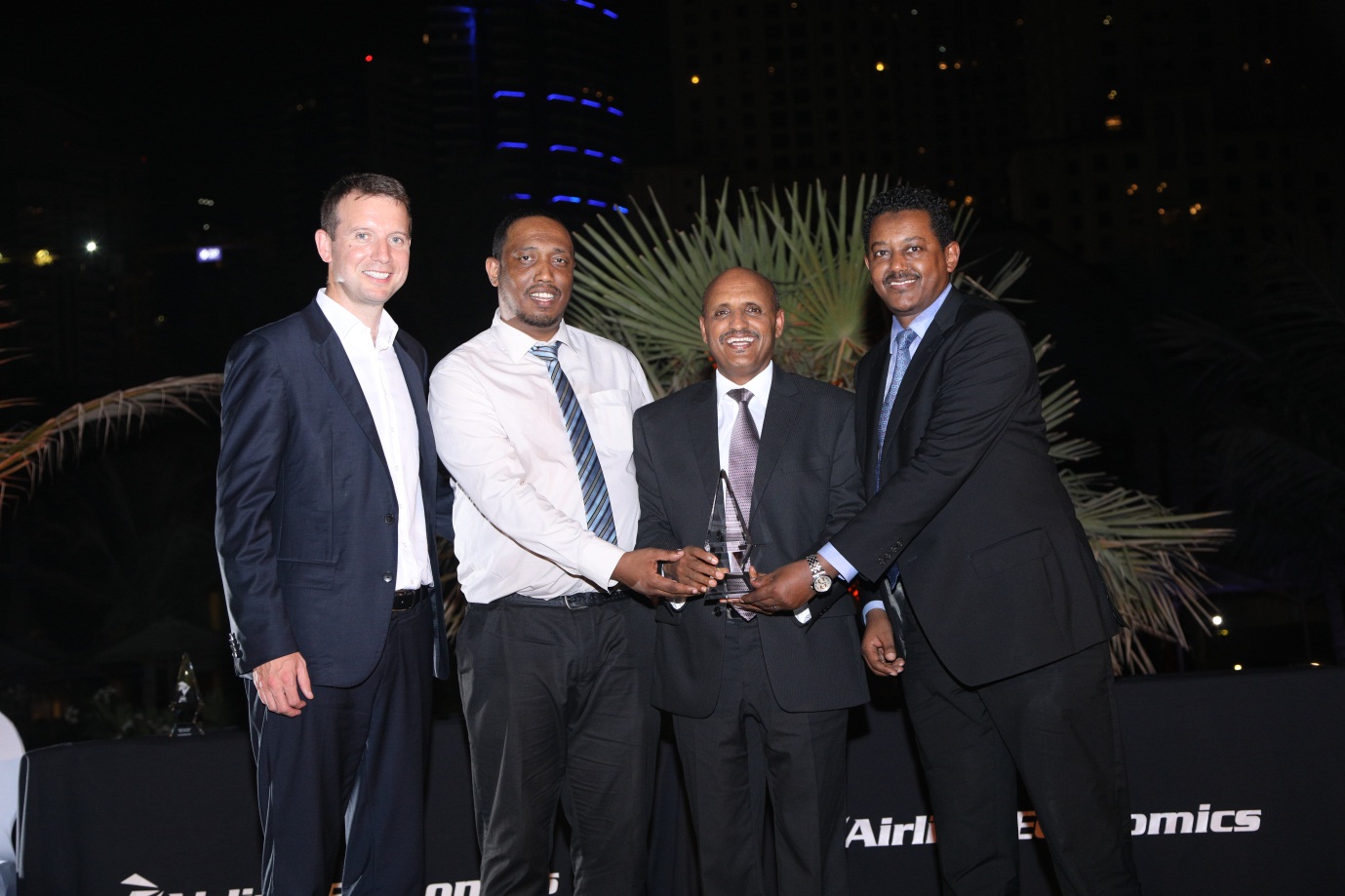 Group CEO Ethiopian Airlines, Mr. Tewolde GebreMariam, remarked; “It is a tremendous honour to be recognized as Airline of the Year and to stand out from among the major Middle East and African carriers thru a vote of the readers of one of the most renowned aviation magazines, Airline Economics. Although I am very happy by the several awards and recognitions that we have been receiving from all corners of the world, I am particularly inspired by this award since our remarkable success and fast growth in all aspects of our business has gradually started to position us in a leadership position outside the continent of Africa. I thank the leaders and the team at Airline Economics for the recognition. Likewise, I would like to thank our valued customers for their continued vote of confidence and support. I also thank our strong team of more than 12,000 colleagues for their special dedication and commitment to our beloved airline and our customers. We are working together to build one of the best Global Aviation Group by scaling up the unmatched and seamless connectivity of network between the Continent of Africa and the rest of the world with more than 100 international destinations operated by the most modern and less than 5 years old airplanes on average. Ethiopian Airlines Group is among the very few airlines in the world which has shown leadership in both of the most technologically advanced airplanes in the world today which are the B-787 Dream liners and the Airbus A-350s’.”

Philip Tozer-Pennington, Managing Director of Airline Economics and Aviation News Ltd, while presenting the awards on the night, said; “Ethiopian Airlines is an African and an international airline success story. The airline is the clear winner of the industry votefor the best performing airline in the MEA region over the past 12 months.I wish to congratulate Ethiopian Airlines on this remarkable success.”

Ethiopian commands the lion’s share of the pan-African passenger and cargo network operating the youngest and most modern fleet to more than 100 international passenger and cargo destinations across five continents. Ethiopian fleet includes ultra-modern and environmentally friendly aircraft such as Airbus A350, Boeing 787, Boeing 777-300ER, Boeing 777-200LR, Boeing 777-200 Freighter, Bombardier Q-400 double cabin with an average fleet age of five years. In fact, Ethiopian is the first airline in Africa to own and operate these aircraft.