Ethiopian Topped Industry and Customer Choice Awards as the Rising Star Carrier of the Year October 13, 2017

Ethiopian Airlines Group, the largest cargo  and logistics center in Africa, has been crowned as the Rising Star Carrier of the Year both in industry and customer choice awards on Payload Asia Awards 2017 gala dinner and awards ceremony, held at Crowne Plaza Changi Airport, Singapore. 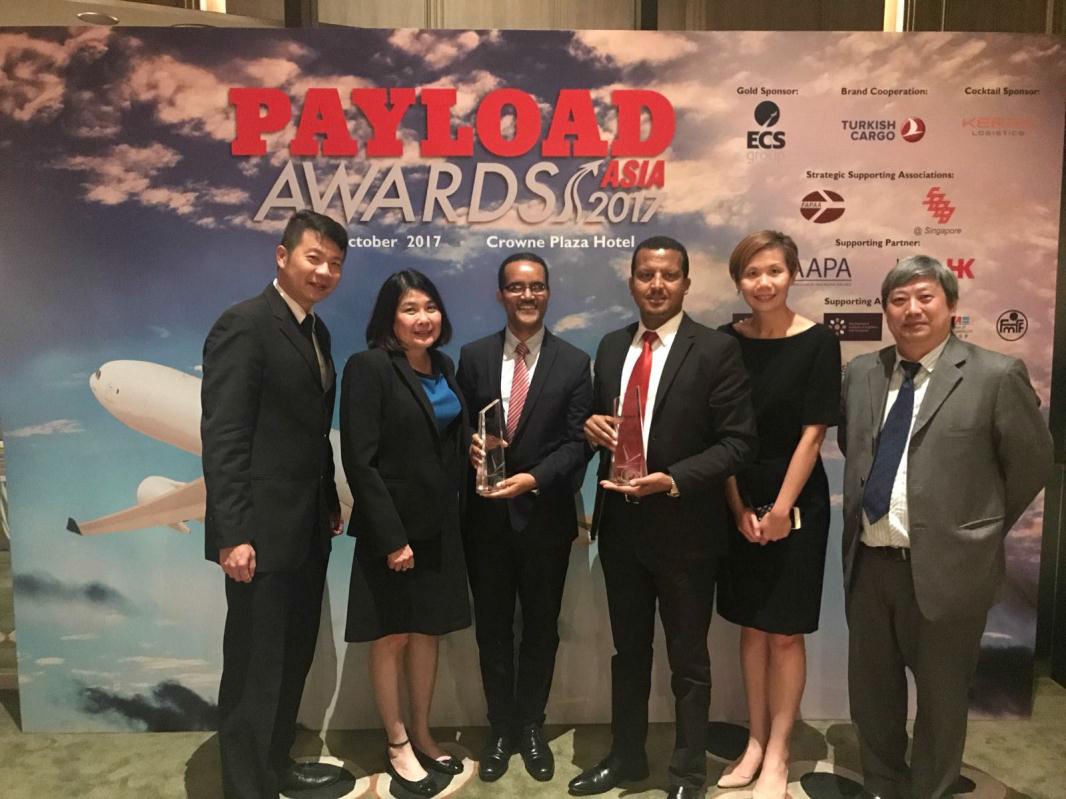 Group CEO Ethiopian Airlines, Mr. Tewolde GebreMariam, remarked: “We are glad that Ethiopian Cargo & Logistics Services is recognized as The Rising Star Carrier of the Year for the third year in a row. As one of the strategic business units under the Ethiopian Airlines Group, Ethiopian Cargo & Logistics Services has been one of the success stories in the effective implementation of our ambitious plan set in our long-term strategic road map, Vision 2025: currently operating in a state of the art cargo terminal, capable of accommodating 1 million tons per annum, flying to 44 global freighter destinations using the most modern fleet, B777 freighter. Supporting export of perishables and import of  goods of the booming Ethiopian Economy and the entire African continent, Ethiopian  and Logistics Services is playing  in the growth of trade, investment and economic integration.

Infrastructure development being one of the four pillars of our fast, profitable and sustainable growth strategic roadmap, Vision 2025, we have embarked building the second phase, Cargo Terminal III, which will add another 600,000 tones annual capacity and position Ethiopian Cargo and Logistics Services among the world’s largest cargo terminals equivalent to cargo terminals in Amsterdam Schiphol, Singapore Changi, or Hong Kong. Finally, I wish to take this opportunity to congratulate our Cargo team for the job well done and encourage them to achieve more success”.