Mr Tewolde GebreMariam, Group CEO of Africa’s Largest Airline Group and SKYTRAX Certified Four Star Global Airline, has been inducted into The African CEO's Hall Of Fame during the African Leadership Magazine's Persons of the Year ceremony which took place on February 22, 2019 in Johannesburg.

The annual African Leadership Magazine Persons of the Year Award aims at celebrating Africa’s finest business, political and diplomatic leaders who are contributing to the continent’s growth and development. 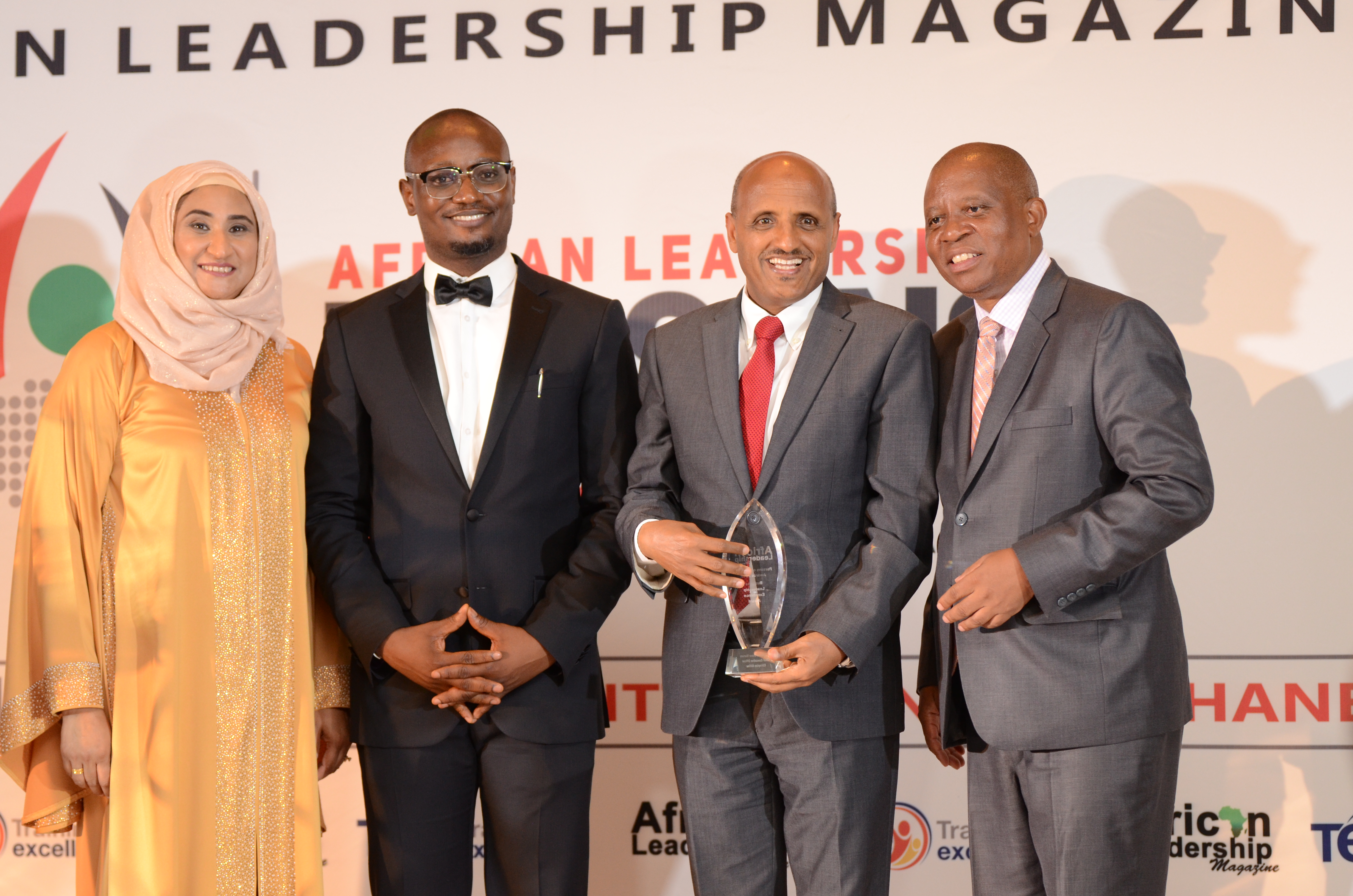 Regarding the honor bestowed on him, Group CEO Ethiopian Airlines, Mr. Tewolde GebreMariam, remarked, “I’m humbled to have been inducted into The African CEO's Hall Of Fame which showcases the leadership talents and achievements of Africans. This honor goes to all my 16,000 plus dedicated colleagues at Ethiopian Airlines, I have the pleasure of working with. I congratulate them all on this success! Through our hard work, we have turned Ethiopian Airlines into the largest aviation group in the African continent. My gratitude also goes to African Leadership Magazine which showcases and celebrates the leadership talents and excellence of Africans in all walks of life. As always, I will do all my best to lead my team at Ethiopian Airlines towards greater success and keep bringing Africa ever closer amongst itself and with the rest of the world.”

Ethiopian Group CEO Mr. Tewolde GebreMariam is a multiple award winner for his achievements as the Airline’s CEO. In 2012, he won “The African CEO of the Year-2012” award from the African CEO Forum; and “The Best African Business Leader” award from the Washington D.C. based Corporate Council on Africa.

In 2013, he became the first African Airline CEO to receive “The Airline Strategy Award for Regional Leadership” and also won the 2013 “Planet Africa Professional Excellence Award”, among others.

It is also to recall that GCEO received Most Influential People of African Descent Award on February 09,  2019.

Ethiopian commands the lion’s share of the Pan-African passenger and cargo network operating the youngest and most modern fleet to more than 119 international passenger and cargo destinations across five continents. Ethiopian fleet includes ultra-modern and environmentally friendly aircraft such as Airbus A350, Boeing 787-8, Boeing 787-9, Boeing 777-300ER, Boeing 777-200LR, Boeing 777-200 Freighter, Bombardier Q-400 double cabin with an average fleet age of five years. In fact, Ethiopian is the first airline in Africa to own and operate these aircraft. Ethiopian is currently implementing a 15-year strategic plan called Vision 2025 that will see it become the leading aviation group in Africa with Six business centers: Ethiopian International Services; Ethiopian Cargo & Logistics Services; Ethiopian MRO Services; Ethiopian Aviation Academy; Ethiopian ADD Hub Ground Services and Ethiopian Airports Services. Ethiopian is a multi-award winning airline registering an average growth of 25% in the past seven years.