Here is another remarkable event at Ethiopian; the fastest growing and the leading pan-African Airline has broken a Guinness World Record for making the largest ever human image of an Airplane on June 29, 2016.

The event was part of Africa’s first Airbus A350 XWB delivery and 350 Ethiopian Employees have gathered at Ethiopian Maintenance hangar to create an image of the actual A350 aircraft which clearly represents an airplane consisting of a body, two wings, two engines and fins. 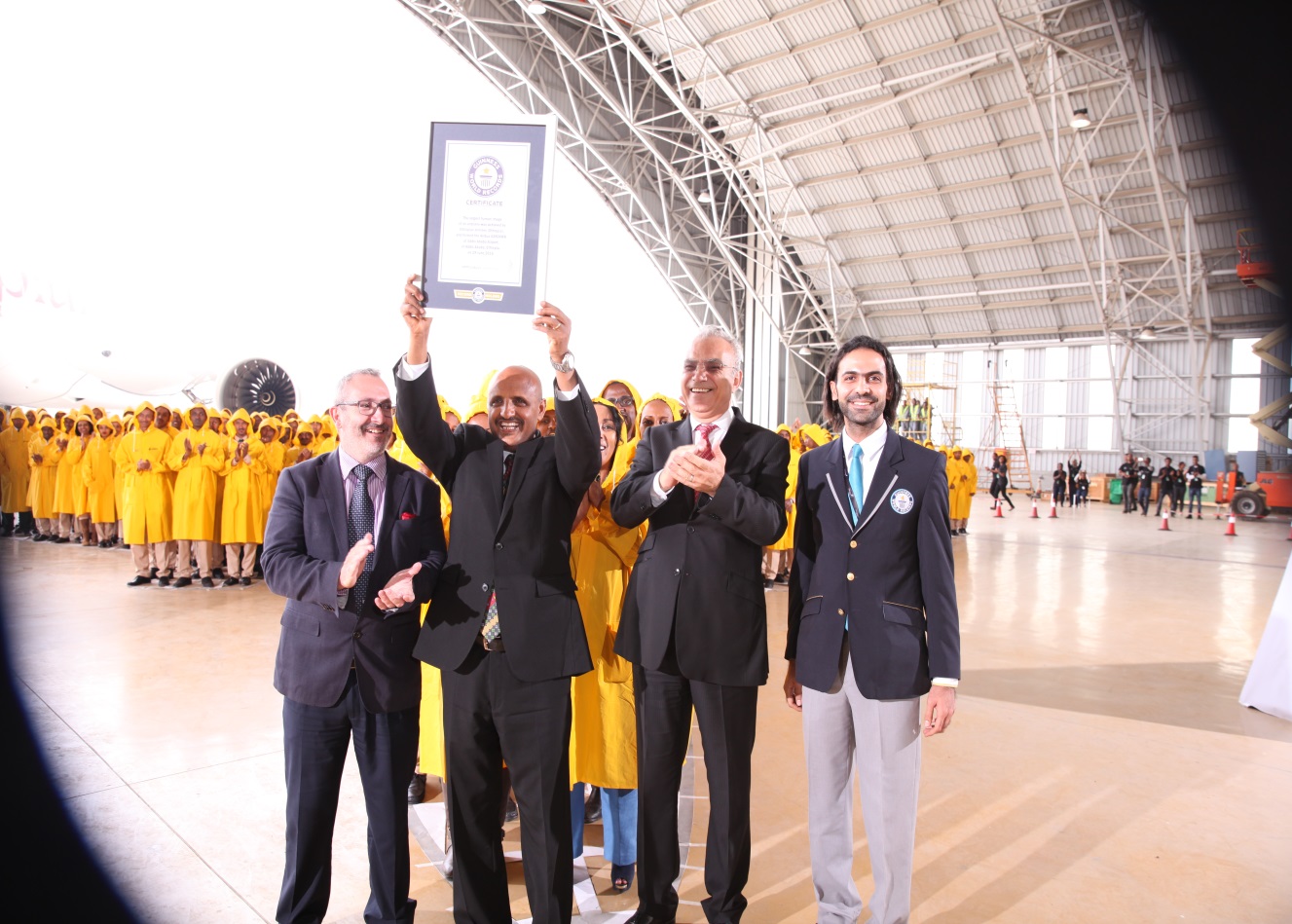 The event was organized in collaboration with Airbus and a team of adjudicators from  World Guinness Records have thoroughly checked the final shape from the air and a photograph displaying the arrangement was submitted. They also measured the number of participants, which is the largest number of participants in the world. 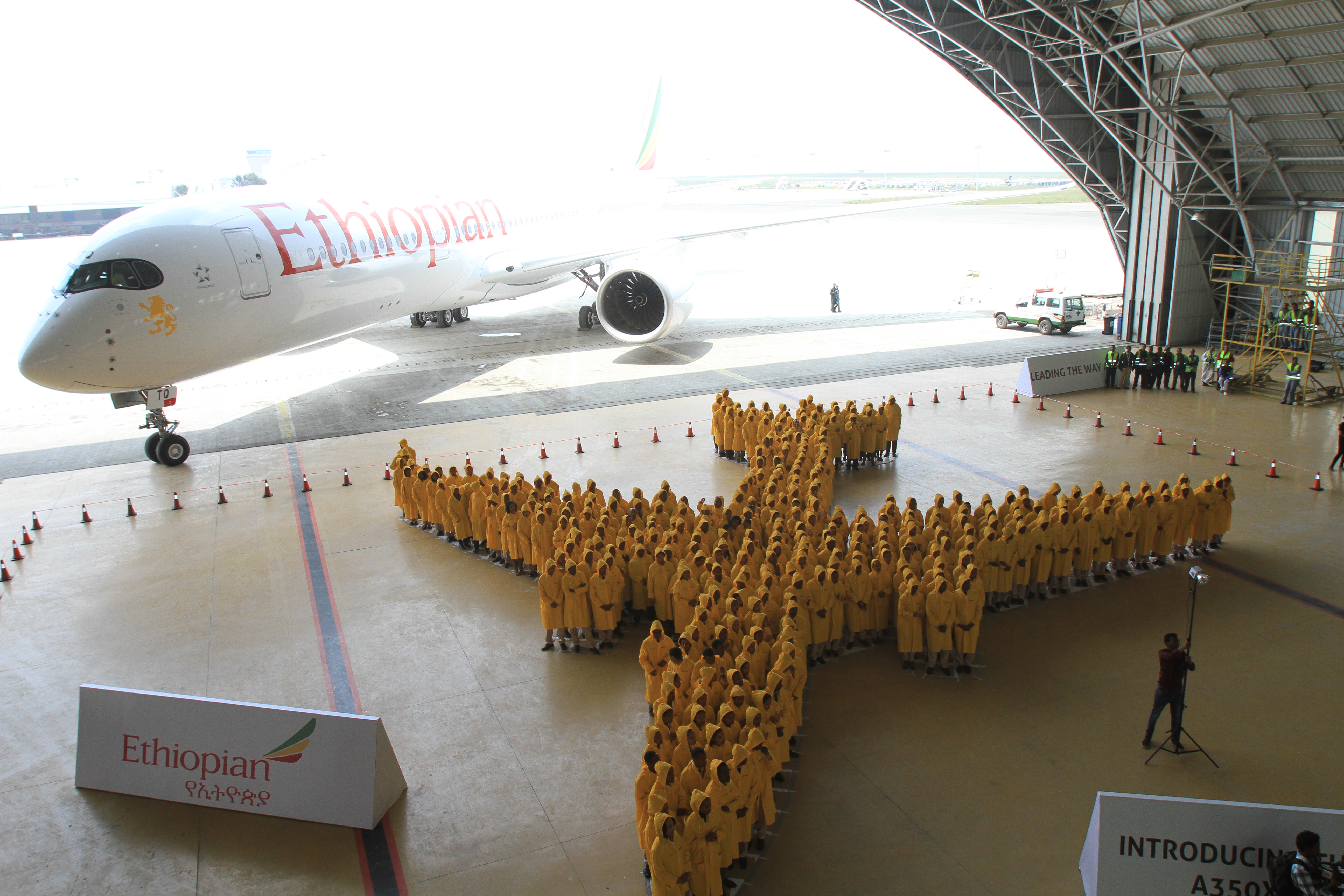 Ethiopian Airlines Group CEO Ato Tewolde GebreMariam stated on the occasion, “The year 2016 has been truly exciting at Ethiopian. Along with our 70th year anniversary celebration, we received Africa’s first A350 XWB aircraft, which is our first Airbus airplane in our fleet and another significant milestone in the history of African Aviation industry. Today we are very pleased to magnify our reception ceremony with this interesting event of making the image of Africa’s first Airbus A350 XWB and registering our name in the Guinness World Records which has made this historic occasion even more special and colorful. Hence, we are celebrating being the first operator of Airbus A350 in Africa and the first  in the world in its image forming. At last, I would like to thank all my colleagues and partners who made this arrangement a resounding success.”

Ethiopian Airlines has been a pioneer in Aviation technology leadership, from the jet-age in the 1960’s, its history tells of many proud firsts on the continent including introduction of this latest technology Aircraft, the Airbus A350 XWB, dubbed the “Semien Mountain”.

Ethiopian Airlines (Ethiopian) is the fastest growing Airline in Africa. In its seven decades of operations, Ethiopian has become one of the continent’s leading carriers, unrivalled in efficiency and operational success.

Ethiopian commands the lion’s share of the pan-African passenger and cargo network operating the youngest and most modern fleet to 92 international destinations across five continents. Ethiopian fleet

includes ultra-modern and environmentally friendly aircraft such as the Boeing 787, Boeing 777-300ER, Boeing 777-200LR, Boeing 777-200 Freighter, Bombardier Q-400 double cabin with an average fleet age of five years. In fact, Ethiopian is the first airline in Africa to own and operate these aircraft.